Economie&Finante The Valorization of the working places
ACCES GRATUIT

The Valorization of the working places 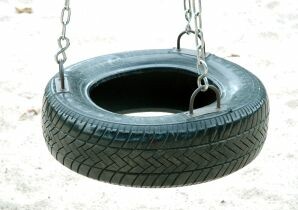 On the basis of the Law no. 76/2002, regarding the system of unemployment fund and the stimulation of occupancy of labor force, employers natural entities can benefit from the valorization of working places from the budget of unemployment fund. The novelty we submit under attention refers also to the possibility that enables a natural entity to benefit from this valorization and we will give its argumentation as it follows. 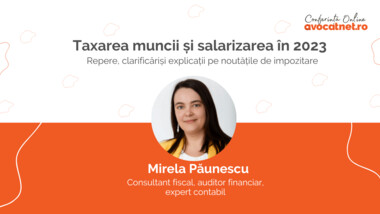 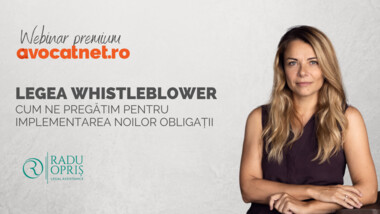 On the basis of the Law no. 76/2002, regarding the system of unemployment fund and the stimulation of occupancy of labor force, employers natural entities can benefit from the valorization of working places from the budget of unemployment fund. The novelty we submit under attention refers also to the possibility that enables a natural entity to benefit from this valorization and we will give its argumentation as it follows.

So as the collocation “authorized according to the law” should refer to the multiple subject “legal or natural entity, branch office, representative” the agreement between subject and verb should have been in the plural – authorized entities. Per a contrario, we think that this collocation refers only to the foreign legal person and, implicitly, to, “the branch office, agency, representative”, although, even in this way, the agreement should have been in the Genitive – authorized persons, the correct expression being “representative of an authorized foreign legal entity”.
In compliance with the provisions of Decree Law no. 31/1954 regarding the natural entities and the le-gal entities - is sufficient for the legal entity residing in Romania so as he/she could conclude legal acts, the authorization of unfolding different activities being fulfilled when achieving the legal individuality.
According to the above mentioned normative act, so as the natural entity could conclude legal acts as an employer the capacity of practice is sufficient without being necessary the authorization. The solution is also “offered” in the provision stipulated under paragraph 3 of article 14 from the Labor Code, which after being modified by the Government Enactment no. 65/2005 specifies that this capacity must be complete.
This is the rule regarding the natural entity, resulted from the corroboration of the above mentioned dispositions with the provision stipulated under point 1 of article 5 from the Law no. 76/2002 regarding the system of unemployment fund and the stimulation of occupying of labor force.
In consequence, there comes the problem of exception concerning the natural entity in the light of the collocation “according to the law”, used in paragraph 1 of article 14 from the Labour Code and which gives to this norm “the value” of a sending into darkness” norm in the system of juridical norms.

Between different categories of employers, natural entities, a distinction must be made, according to the distinction made by the legislator, in the enumeration stipulated under point 1 letter a) form the Application Procedure of the Law no. 130/1999 regarding some protection measures of the working persons between:
a) entities who make use of home-keeping personnel (house-keeper, aged people attendant, children attendant, housemaid, cooker), or other natural entities effecting some services or works (gardener, governess, translator, secretary) and with whom these employers conclude individual labor contracts, where they are required only the entire practice capacity;
b) authorized entities “according to the law” to unfold an independent activity, and with whom these employers, different of the employees, also “according to the law”, can conclude individual labor contracts, in which, finally, there is stipulated the provision of article 16 under paragraph 1 form the Law no. 53/2003, after the modification through the Government Enactment no. 65/2005.
Being again in front of a “sending into darkness” norm in the system of law norms, we will distinguish one more time between employers who are natural entities who acquire authorization according to the law and who can employ certain categories of personnel, only on the basis of this authorization, achieved afterwards. Therefore we will distinguish between:
a) businessmen, natural entities, authorized by the city halls where they have their residence, to unfold economic activities whose classified list is stipulated in the addendum no. 1 of the Government Decision no. 1766/ 2004 regarding the Methodological Norms for the application of the Law no. 300/2004 regarding the authorization of natural entities and of family associations who unfold economic activities independently, these activities being, from the point of view of formal logics, specie of the genre represented by trade deeds in their turn specie of deeds of civil nature, defined enumerable but also generically in the provision of article 3, respectively article 4 from the Commercial Code, with the subsequent modifications and additions;
b) “non- businessmen”, natural entities, authorized by different ministries to unfold activities which are regularized by special laws, activities which belong to the category of civil nature deeds , genre compared with trade deeds and which are known under the name: crafts or vocations having liberal practice right – the ones unfolded by doctors, dentists, lawyers, legal advisors, notaries, architects etc.
By corroborating the provisions of the above mentioned normative acts, we can say that, “according to the law”, in what the natural entity is concerned, we face an exhaustive enumeration, both in what the categories of natural entities are concerned and the conditions required to them to fulfill. Therefore the rule is: the employer as natural entity does not have to fulfill the authorization condition and the exception is: to get the authorization!
In what all employers are concerned, be they legal or natural entities looking into the system of juridical norms, the expression “according to the law” used in paragraph 1 of article 14 from the Labor Code, lato senso implicitly refers :
a) to the Law no. 130/1999 with regard to some protection methods for the working people and to its Application Procedure for the unauthorized natural entity;
b) to the Law no. 300/2004 with regard to the authorization of the natural entities and family associations and to the Government Decision no. 1766/2004 with regard to its Methodological Norms, for the natural entity authorized by the city hall where he/she has established his/her residence;
c) to all the normative acts belonging to commercial law, for the natural entity, be it Romanian or from another country who obtains the authorization to unfold commercial deeds on the basis of the authorization issued by the Register of Commerce where he/she has his/her social headquarters;
d) to all the special laws, for natural entities authorized by ministries, meaning “non-businessmen” who unfold commercial activities as deeds of civil nature and not as commercial deeds, belonging to the domains, crafts and professions with right of liberal practice.
We think being necessary to mention that the authorized natural entity and the family association in order to unfold activities independently can employ personnel belonging only to the professions stipulated in Romanian Professions Classification who are not part from the professions for which they have achieved the authorization. For example, a businessman can employ account, legal advisor, secretary etc. but not a sales-person or technician merchandiser.
As the exceptions are to be strictly interpreted, we outline the fact that this interdiction must not be “expanded” over natural entities, “non-businessmen”, who unfold deeds of civil nature and not commercial deeds. So doctors, dentists, lawyers, notaries can employ any category of personnel whose activity he/she considers as being necessary in order to help him/her to unfold the activity or craft for which he/she is authorized by the qualified ministries for the respective domain, this being the meaning of the expression “with the exception”.